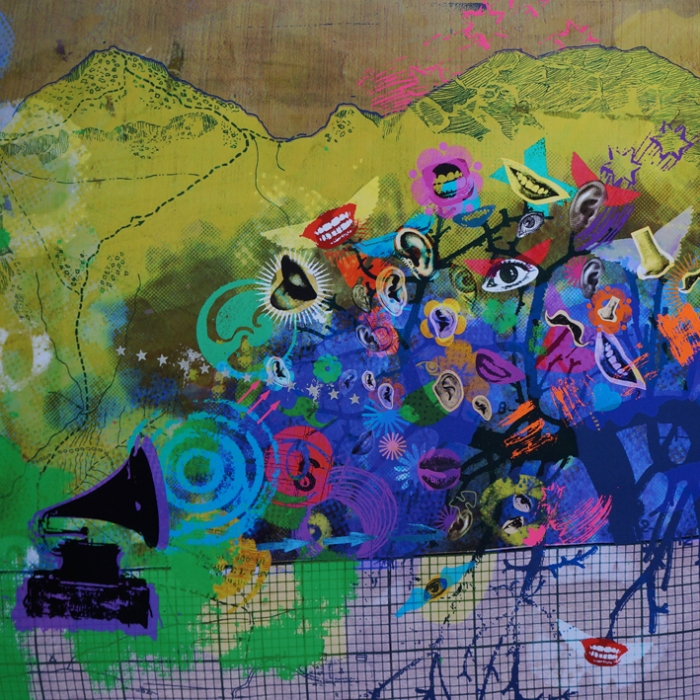 Knowledge is Power by textile Artist Anna raymond, who sold both her pieces during the first 2 minutes of the fair

Londoners who could spare at least £40 flocked to Battersea Park last month to pick up a piece of contemporary, and affordable, art.
Sophie Morlin-Yron reports

Arts sales hit record levels at the latest Affordable Art fair (AAF) in Battersea Park. The fair, which took place last month, drew over 22,000 visitors, who spent £5.1m on affordable art which went for between £40 and £4,000 per piece.

The sales were the highest in the history of the fair, AAF said. Nicky Wheeler, Managing Director, said she is thrilled to see such interest and that, despite the last few years’ economic crisis, the AAF continues to expand. Wheeler said: “Without a doubt the recession had an impact on people buying art. The fair in October 2008 saw a drop of 35 per cent against the previous fair. However, things have been steadily improving since and the affordable end of the…