From linear to circular thinking: two experts discuss how introducing a more holistic approach to manufacturing could help us consumers make greener decisions while shopping. 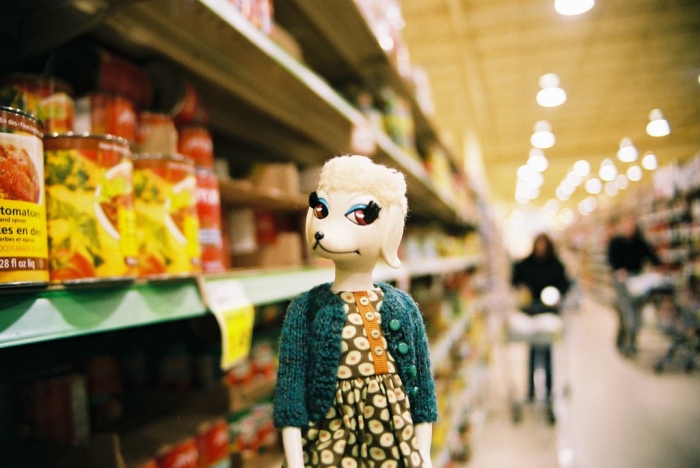 Many are confused about the labelling on what are marketed as environmentally friendly products. This was confirmed by a study made by the European Commission which showed that six out of ten think that product labels currently do not provide enough information about their environmental impact (59%), and a third believe the information is unclear for some products (32%). Overall, as many as 48% of consumers are confused by the stream of environmental information they receive.

The difficulty with making informed decisions about the ethics of products is partly due to the sheer number of parameters involved in assessing environmental and social footprints, says Hugo-Maria Schally, Head of the Eco-Innovation and Circular Economy Unit, European Commission. Another problem is the long list of existing eco-labels providing information about environmental, and at times social standards.

Schally says that few current labels and the approaches behind them take into account the product’s entire life cycle and tend to focus on single-issue parameters such as greenhouse gas emissions or appliances’ energy consumption. What is more useful, he says, is to adopt a more holistic, cradle-to-grave approach when assessing the environmental impact of the products we buy.

The issue with ‘greenwash’

Schally says: “All companies now like to be sustainable. They all have ‘sustainable’ somewhere in their marketing strategy.” The rise of green business claims in recent years is a positive development, but it also means that consumers, now more than ever, need help with navigating the green label landscape.

Schally says that the issue with potentially misleading claims needs to be addressed, but there is still a long way to go, and comparability, transparency and accessibility to the non-expert are the keys to tackling this challenge: “I think the difficulty with something like this is that you actually need to have comparable parameters for deciding what is a misleading claim. Because if every actor on the market works to his own specifications, challenging those specifications becomes impossible for the individual consumer, and very difficult even for a civil society or consumer organisation.”

Put simply, an LCA is a methodology used by businesses to evaluate the environmental impact of a product, service or process, from the extraction of raw materials to end-of-life disposal. Data for everything from the extraction of raw materials, energy and water consumption during manufacturing to transportation, energy efficiency during consumption and potential for recycling, is gathered. Some number crunching then demonstrates the environmental impact of the product’s entire life cycle.

In order to show companies and consumers how an LCA approach can be implemented in the building sector, the organisation Cd2e has set up an ‘eco construction theatre’ in Loos-en-Gohelle, Northern France, where green innovations for products and methods related to environmentally friendly business are showcased. An unusual suspect here is locally sourced hemp used for insulation which it was explained has shown good results in life cycle assessments.

In an attempt to assess how this circular approach could in the future replace the linear thinking we often see in product assessments today, the European Commision has launched a project called the Product Environmental Footprint Pilots, currently in a second pilot phase which will run until 2016. The result could be a stepping stone for standardising the use of LCAs in Europe.

For example, conducting an LCA could be used to assess how energy efficient a newly built house is. “You may have an environmentally friendly house in terms of energy usage, but if you take into account how those products were produced, you may actually have a horrible balance,” says Schally. “If you apply a life cycle assessment to such a house, you also get the assessment of how much energy and other resources, such as water, were used in producing the components that go into the house. It tells you more.”

The methodology is not new and has been practiced in various ways globally for some time. Some companies conduct their own, while others outsource to organisations such as Sustain in the UK, which offer to do it as a service. When asked how this EU pilot and the potential outcome is different, Schally says a new, more consumer-focused approach is needed. “Our assessment is that the basic approach, based on ISO [certification conducted by International Organization for Standardization] and current standards are probably not good enough. ISOs are based on industrial use. It’s for business-to-business more than for business-to-consumer, and we want to achieve both, because the business motivation for action is around consumer expectations.”

Taking responsibility for the supply chains

LCAs can also be used for assessing social impacts down the supply chain. Sonia Valdivia, Programme Manager at Sustainable Recycle Industries (SRI), Life Cycle Management, World Resources Forum, says it can play a large part in helping communities in developing countries. “By doing this, you can really help people.”

Valdivia says that in Peru, which is a growing industrial economy accumulating ever more waste, in particular from electronic devices: “The ‘world class consumer’, the people that are spending above what is called the poorness levels, are growing in numbers, and are spending a lot of money on electronic devices. After two years, if not less, we change them. What do we do with them? We see this problem all around the world. If you don’t have infrastructure in the country, they are simply thrown away.”

She says that while perhaps obvious in Europe, many developing countries lack legislation which makes companies set up schemes for recycling electronic devices.

“For example in Peru, such legislation was passed last year. Now they are setting up systems, infrastructure and sites to collect these devices and new technologies to dismantle and recycle them.”

“This was done before, but in a very ‘informal’ way. Families, even children, were ‘informally’ doing this on their own, because there is money to be had. You have grammes of precious metals there. One gramme of gold, for example, is a lot of money for these people. They don’t care if they are being polluted and exposed to toxins. They are thinking about that one gramme of gold, one gramme of platinum. But this is now formalised. They are working under stricter health conditions.” Now, people get money for returning these devices, partly facilitated by doing some sort of LCA and cradle-to-grave thinking, she adds.

The benefits of conducting such assessments are big on several levels, as companies are faced with the magnitude of their impact, says Valdivia. “In the end there is always a lot of waste. By addressing this in a more focussed way, you realise that recycling can close the ‘loop’. You decrease destruction, you increase product recovery and possibly reduce costs. Because it’s not only about the environmental LCA, it’s also about social LCA, meaning that you also ensure a positive impact on the society and people.”

There are downsides to the LCA approach, however, especially when it comes to cost. Shally explains that the challenge is to find a balance between measuring as many parameters as possible to reach maximum results and at the same time avoid getting caught up in very small details. It’s a delicate balance and if the approach is taken too far it could lose its efficiency. However, if simplified too much, it loses its holistic foundation. This is why in theory, the LCA approach differs from what it may look like in practice in the future, says Shally. He adds that while you may have the perfect tool with the potential to tell you everything about a product, many companies could be reluctant to use it if its too detailed, because they may not be able to afford the compilation of all that data, which he says is “very expensive”.

The practicalities of rolling out LCA across Europe is a “very difficult issue” which has not yet been nailed down, and much is down to costs, says Schally. “It’s clear that we will have to make sure that specific data sets are easily available. … One of the elements of reflection for us at the end of the pilot phase is essentially how to make data available cost-free, or at a reasonable cost.”

There is currently more than one way of conducting an LCA, and some companies have already taken it upon themselves to do their own. How will the new scheme tackle this? Schally says the difference between the existing assessments and those in the pilot is that the new programme could become a comparable cross-sector and cross-product assessment which spans the European Union. He also points out that there are issues with companies doing LCAs on their own terms which can be a problem from a consumer point of view, as it is difficult to assess which social and environmental claims are accurate. “It may be all fine, but how does the consumer know what’s behind all those efforts?”

To certify or not to certify

Although one of the main benefits of LCAs according to experts at the Avnir Conference is to reduce consumer confusion, it’s unclear if the end result of this pilot will produce a new EU certification based on LCAs. Neither Valdivia nor Schally are convinced that certification is the answer for the future of green products.

Schally says that although he cannot yet speak for the European Commission on this question until the pilots are reviewed, he is not convinced that labels and certifications are the right way forward in general. “Personally, I think the certification brings us back to the cost problem because certification always comes at a cost. And then you have certification bodies that will charge fees for their certification and you create yet another commercial system.”

Valdivia says we may instead see more consumer-led social media forums in which products are reviewed and to which people can turn for information, similar to Tripadvisor. She says that in today’s consumer society people need to make an effort to stay better informed.

It is the outcome of the pilot, explains Schally, which will determine whether or not LCAs will become an EU standard in the future.

I wrote this post for the Ecologist during a press trip to an LCA conference in Lille, France in November, 2014, where I interviewed Valdivia and Shally.